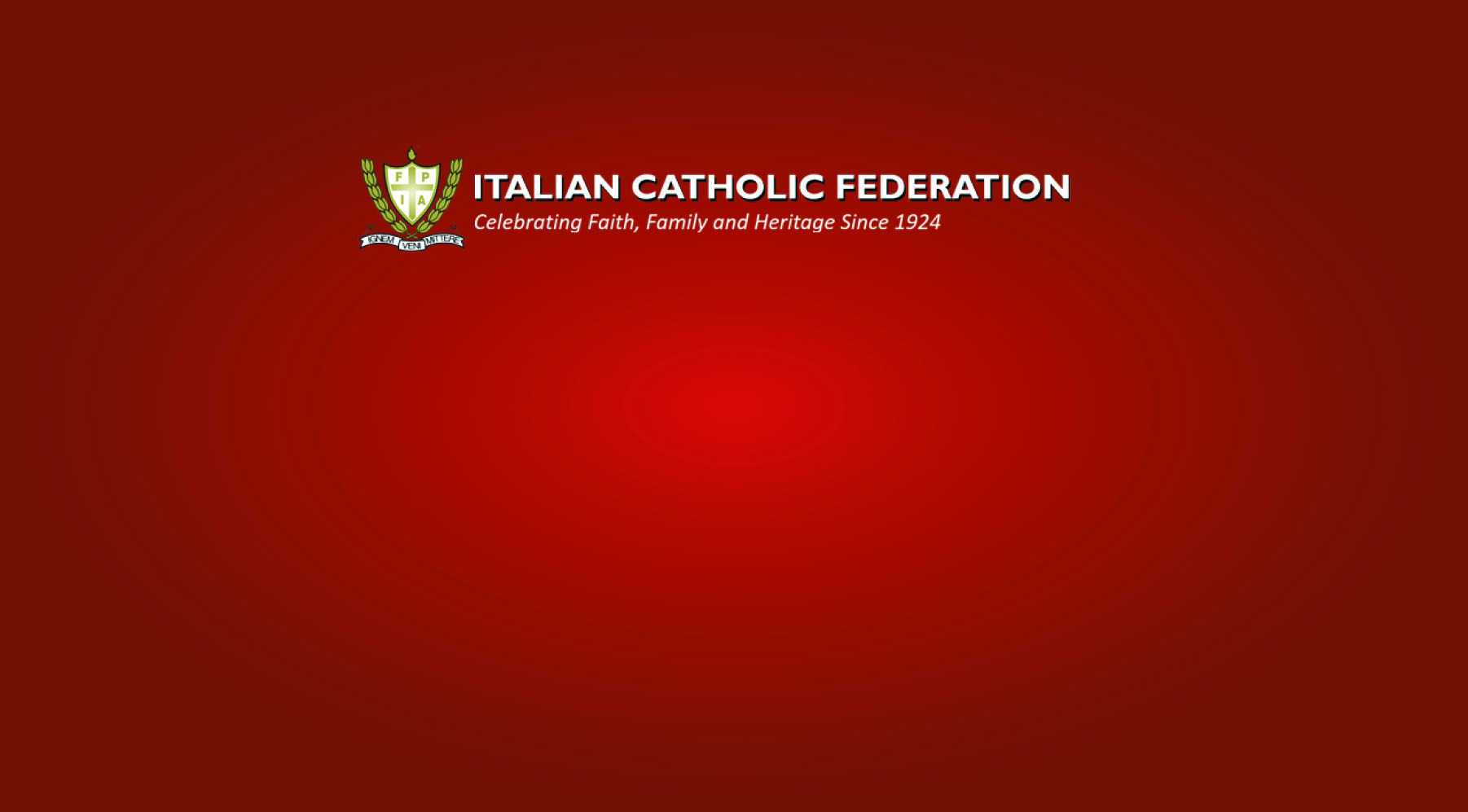 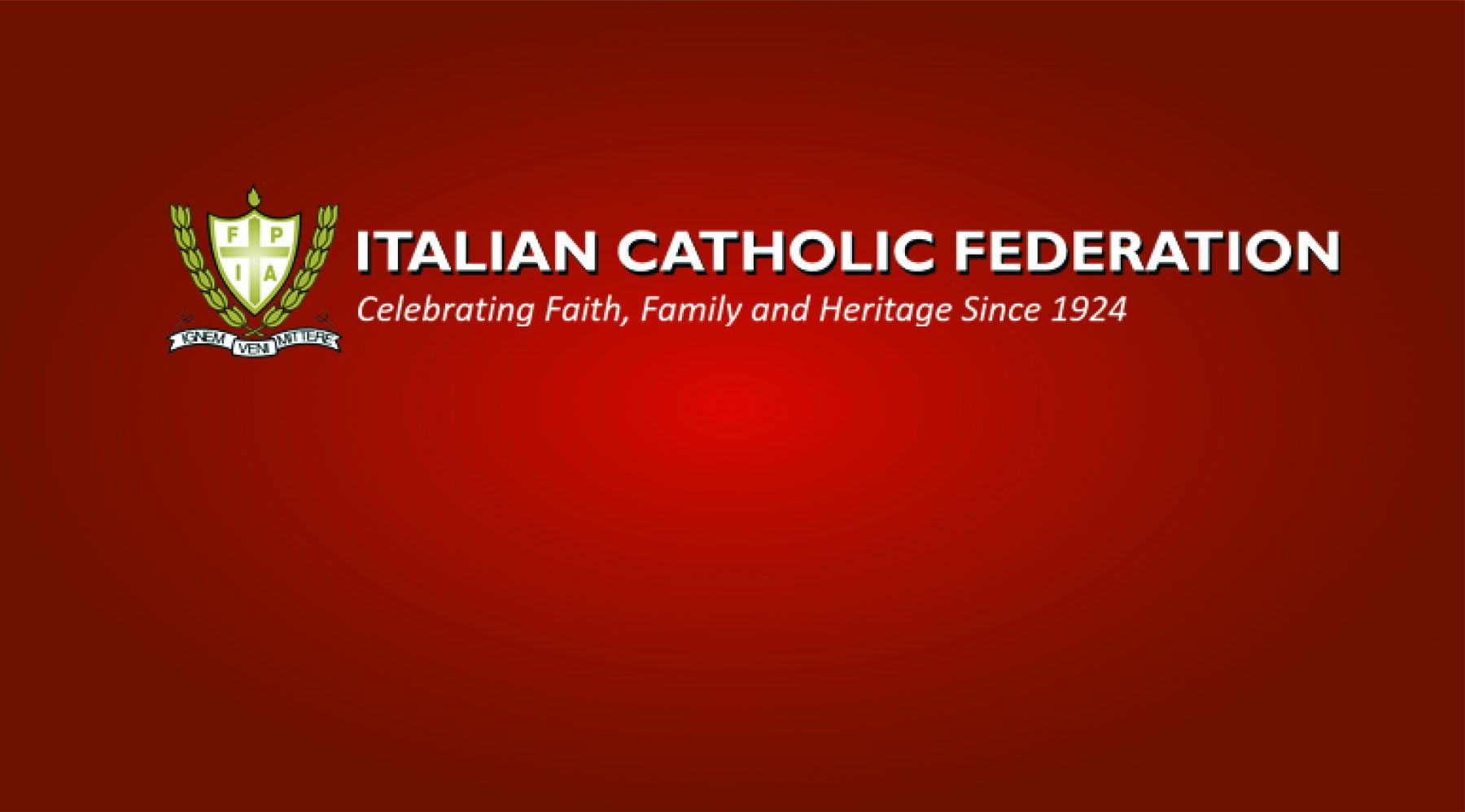 The Italian Catholic Federation (ICF) is a non-profit fraternal organization for practicing Catholics of all ages and cultures. Founded in 1924, the federation’s mission is to uphold and develop the religious spirit among its members and to spread that spirit throughout the community. As Christians, we continue the tradition of love, hospitality, and works of charity as signs of Christ’s peace among us.

Members of the ICF enjoy the fellowship of other Catholics and their families. Together we enrich ourselves, strengthen our family and spiritual lives, and share our blessings with one another.

a member of the ICF

The Italian Catholic Federation has a long and proud tradition. It offers its members a chance to share their heritage and faith in a friendly and supportive atmosphere. Always a family organization, many members come from families that have been active in the Federation for several generations.

It is a vital force in many parishes and dioceses, offering support to local pastors and bishops. Aware that knowledge of the past is essential to understanding the present, members of the ICF celebrate its history and learn from the history of immigration in the United States.

In the early 20th century, after years of immigration and assimilation in the United States, Italian immigrants were beginning to lose their culture and faith. Church attendance and Catholic observances slowly declined among the immigrants, as did their pride in being Italian. Their rich Italian Catholic heritage was at risk of being lost.

Take a look at some of our videos

In 1924 the concept of a lay apostolate organization, to unite Italian Catholics in their Faith, community, and pride in shared heritage, was formulated in San Francisco by two remarkable men. It would be called the Italian Catholic Federation, and the men who envisioned it were ICF co-founders Luigi Providenza and Father Albert Bandini. 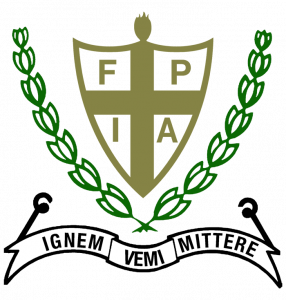 The Italian Catholic Federation logo consists of four letters positioned around a cross. They are the initials of these words: Faith, Patria (or Fatherland), Italy, and America. Below the cross is the Latin phrase IGNEM VENI MITTERE. The English translation of this phrase is I CAME TO LIGHT A FIRE, which is the motto of the Federation.

By organizing the founding group and seeing the opening of the first ICF branch, Providenza and Bandini saw the initial realization of their goal to “awaken a more intense Christian life among the Italian population in California.”

The organization which became the Italian Catholic Federation was envisioned to be “primarily a parochial society upon which the local pastor could rely on for his work.” But it was to become something much more than that. It would encompass a spirit and vitality that decades later would grow, at its peak, to 30,000 members in 225 branches in five states, and whose charitable works within and beyond parish boundaries would assist, elevate, enrich, and invigorate the lives of countless numbers of people.

Won’t you join us and the fantastic people that form part of The Italian Catholic Federation’s Family?
Become a Member

If you wish to donate to any of the charities listed below, or if you would like to make a donation to the ICF General Fund, please print, complete and mail this form with your donation. Your contribution will be acknowledged in the Bollettino, the ICF newspaper.

In 1925, Dr. Thomas Cooley first described Thalassemia in Italian children with severe anemia, an enlarged liver and spleen, and changes in bone formation. Several years later, Dr. Whipple named the disease “Thalassa anaemia” or “anemia by the sea”, because of its link to the Mediterranean region. The name later evolved to Thalassemia. With the large immigration of people of predominantly Mediterranean ancestry to North America, the devastating effects of this disease became known to the affected communities and their providers.

Providenza Fund helps support the annual Bishop’s Day program, sponsored by the ICF in the Catholic dioceses in California, Arizona, Nevada, and Illinois to provide financial support to local seminarians for religious vocations.

This is a financial assistance program that grants funds to developmentally disabled children and adults seeking to achieve greater independence in their lives.

An informational program whereby members learn about the need for organ donation to help those in need of organ transplants.

A blood donation program in which ICF members and others in the community may participate. Blood drives are held during our yearly national convention, and also hosted regionally at the branch level.